We’re entering a year of great reading. In February and March alone, there’s an astounding number of books I want to read. If the rest of 2020 is like this, I’ll never come up for air. Here’s a look at 10 that have me excited.

Everywhere You Don’t Belong is Gabriel Bump’s first novel about a black boy from Chicago’s South Side, raised by his civil rights–era grandmother and in search of a new life and identity beyond the neighborhood that defines him. (My first reading of the narrative voice put it on the list.) The Bear by Andrew Krivak is described as a fable of Earth’s last two human inhabitants, about a father who teaches his daughter how to survive and a bear that guides her when lost. (Ever since reading Krivak’s excellent The Sojourn, I regard him as a must read.) Our Fathers by British author Rebecca Wait is a novel about a violent family crime, the effect on the community and the one surviving son. (The seductive plot drew my attention, plus it’s published by Europa Editions, one of my favorite publishing houses.) Constellations: Reflections from Life collects wide-ranging essays by Sinéad Gleeson. From the description: “How do you tell the story of a life in a body, as it goes through sickness, health, motherhood? And how do you tell that story when you are not just a woman but a woman in Ireland?” (Irish readers have been over the top for this book, and they’ve been right about the Irish books I read last year.) Writers & Lovers by Lily King focuses on a 31-year-old protagonist waiting tables in Harvard Square and hoping to live a creative life while her friends make more secure decisions. (The novel’s description indicates an interesting exploration at a difficult crossroads.) 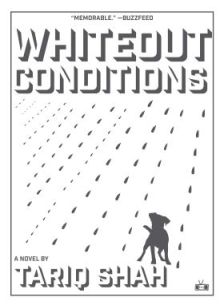 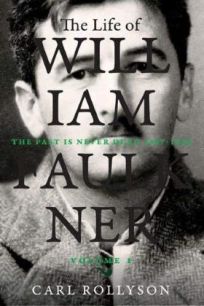 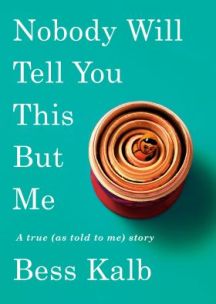 Whiteout Conditions by Tariq Shah is a slim novel (114 pages) that caught my eye by this part of the description: “With a poet’s sensibility, Shah navigates the murky responsibilities of adulthood, grief, toxic masculinity, and the tragedy of revenge in this haunting Midwestern noir.” (It’s a new book published by Two Dollar Radio, a publisher that sends exceptional stories into the world.) Nobody Will Tell You This But Me by Bess Kalb is a memoir about Kalb’s Jewish grandmother Bobby Bell whose “irrepressible, glamorous, unapologetically opinionated” force Kalb resurrects in a story that promises to be funny and sad. (I’m enticed by the humor.) The Glass Hotel by Emily St. John Mandel tells a story of a massive Ponzi scheme gone wrong and the mysterious disappearance of a woman from a ship at sea. This is Mandel’s new novel since her phenomenal Station Eleven. (I’ve already begun reading an advanced copy and don’t want to put it down.) The Life of William Faulkner: Volume 1, The Past Is Never Dead, 1897-1934 by Carl Rollyson includes information and insight from new resources on one of the 20th century’s greatest authors. (I’ve read two Faulkner biographies and find the new resources in this one intriguing.) Finally, Days of Distraction by Alexandra Chang is the story of a 24 year old narrator mired in the tech world who escapes to upstate New York where she comes to terms with her Asian American identity. (The novel’s first sentence is the draw [“People think I’m smaller than I am.”], which Kirkus Reviews says is “a sly summation of the novel as a whole.”)

Looking ahead to June: Elena Ferrante fans can anticipate her new novel The Lying Life of Adults. It’s available now in Italy (for those who can read Italian) as La vita bugiarda degli adulti.