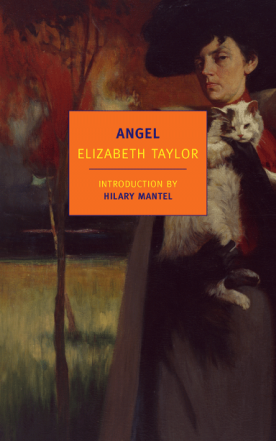 I wonder when the mid-20th century British author Elizabeth Taylor lost her name recognition to the famous American movie star. Did it happen immediately with “National Velvet,” the 1944 box-office hit starring the 12-year-old actress with Mickey Rooney; or did it happen gradually, building over time, as the young girl who played Velvet Brown grew into the Hollywood beauty?

Elizabeth Cole married into the name Taylor in 1936 and published her first novel the year after “National Velvet” hit movie theaters. She was 33 years old. Taylor published her second novel in 1946, her third in 1947 and her fourth in 1949. These were the years the American actress’s movie career accelerated, transitioning the adolescent star into adult roles and paving the way to a future that would secure her place as a Hollywood legend.

I would like to think the author had her name to herself those first publishing years, considering an ocean separated the two women with the same name; however, I’ve read Elizabeth Cole Taylor’s shyness created distance with the press, which likely hindered her name taking hold under a widely recognized literary halo.  So in 1951, when she published her fifth novel, A Game of Hide and Seek, the year the actress Elizabeth Taylor starred in the classic movie “A Place in the Sun,” I’d bet the critically acclaimed British author knew, without a doubt, fate had played an unfortunate card, and she’d forever be The Other Elizabeth Taylor.

New York Review Books reissued two of Taylor’s novels this year, the centennial of the author’s birth, Angel and A Game of Hide and Seek. I read the latter, my introduction to the author, whom Kingsley Amis described as “one of the best English novelists born in this century,” meaning the 20th century. Taylor is much admired by many who believe her novels are must-reads. A Game of Hide and Seek easily falls into that category due to the author’s brilliant and compassionate insight into the characters’ motivations and behaviors. Most impressive is her ability to seduce readers with a story in which not much happens. 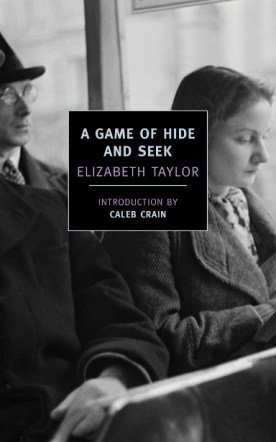 The book opens with teenagers Harriet and Vesey falling in love at the country home of Vesey’s Aunt Caroline. Harriet shuts down at every opportunity to state her love for Vesey, fearing she’ll be rejected. That’s not surprising, given Harriet’s meek personality and Vesey’s cynical and scornful approach to life. Although he loves Harriet, Vesey gives the impression it’s not important to him. Harriet and Vesey play hide-and-seek with Caroline’s children that summer, prolonging the discovery of the hidden children so they can linger together in the fields, cautiously flirting. But then, Vesey becomes a bad influence on the children, and he’s asked to leave. When Harriet hears this news, Taylor writes, “Enormous calm and fortitude the young have when they are first in love and hiding it.”

Their lives separate. Vesey travels a road of failure, Harriet one of ordinary, suburban married life. When they come together again in middle-age, it is too late to act on the love they still feel for each other. Vesey, humbled by his pitiful life as a second-rate actor and also cut off from family inheritance, openly wants Harriet in his life but acknowledges he has nothing to give her. Taylor portrays his fall with cheap clothes and dismal accommodations, but Vesey remains dignified in character, one who does not pretend or deny the reality of his life. Harriet, on the other hand, lives in a lovely home with her devoted husband and a romantic, teenaged daughter. It is a perfect, safe life she’s lived without attaching to it, always wanting Vesey, the years slipping past as if in a dream. When Vesey re-enters her life, Harriet sees her marriage as “a frayed, tangled thing made by strangers.”

Some readers may find this immersing story of ordinary, heart-breaking love, set in England between the World Wars, to be slow and uneventful. Taylor doesn’t sensationalize it with sex and violence, as we’ve become accustomed to reading in later 20th-century and current novels on the topic. Instead, she confronts the longing, illustrating how we stumble in our decisions about love, and how we morally rise to bear the burden of them. When I finished A Game of Hide and Seek, I dropped the book onto my lap and thought, “How do you recommend a sad book?” The answer came quickly: “Say it’s written by Elizabeth Taylor.”

Elizabeth Cole Taylor lived 1912 to 1975. She wrote 12 novels and four story collections. The Other Elizabeth Taylor is the title of her biography written by Nicola Beauman. According to an article in The Guardian about the biography, Taylor’s best novels are At Mrs. Lippincote’s (1945), A View of the Harbour (1947) and A Game of Hide and Seek (1951).