Summertime is classics TBR time for me. That is, a time to dig into those “to be read” books from the past. Maybe it’s the long summer days hearkening back to the childhood time of summer reading lists for school or reading on the porch at night to the comforting sounds of the cricket and cicadas that call me toward the classics. I don’t get to a lot of books published in the past – new books demand I keep up with them — but just a few classics is a enough.

The other day I came across the Penguin Random House list of “21 Books You’ve Been Meaning to Read.” It’s one of those lists that are fun to scroll through and see what you’ve already read. And of course, it will entice you to pick up the ones you haven’t read.

If anything, check out the Penguin Random House list for the beautiful and intriguing cover illustrations, such as the one you see here for Louisa May Alcott’s classic, Little Women.

The following two books aren’t on the Penguin Random House list, but they are on mine and now checked off. I recommend both of them. 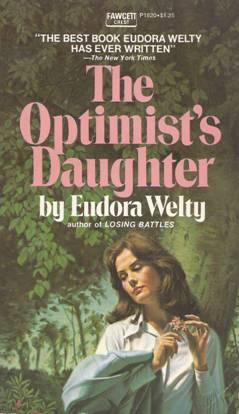 The Optimist’s Daughter by Eudora Welty
I could’ve read this short novel in a day, but I held onto it for a second day because I didn’t want to reach the point where I had to leave the story. Welty’s characters grapple with the untimely death of Judge McKelva, notably his daughter, Laurel McKelva Hand, and the Judge’s young second wife, Fay. Welty won the Pulitzer Prize for this novel in 1973, and deservedly so. The Optimist’s Daughter is fine literature and a memorable story told with undeniable talent. Welty profoundly captures Laurel’s shock, loneliness and courage as she tolerates her father’s crude, second wife behaving selfishly (and ignorantly) at the Judge’s deathbed and funeral – and also as Laurel recognizes she must let go of the past. Mississippi writer Eudora Welty is known for her southern settings, themes and characters. She’s highly acclaimed for her short story collections.The Guardian wrote in her obituary: “In spite of the countless accolades and awards her work garnered, both in the United States and abroad, she remained a regional writer, whose quietly magnificent short stories and novels are suffused with Chekhovian wit and clear-sightedness.” 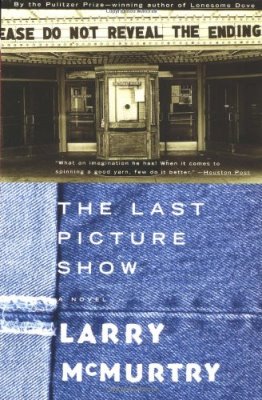 The Last Picture Show by Larry McMurtry
This year marks the 50th anniversary of this classic McMurtry novel, first published in 1966, a coming-of-age story about two boys, Duane and Sonny, graduating from high school in a go-nowhere small town, Thalia, Texas. Atmospheric, populated with quirky, memorable characters, The Last Picture Show took hold of me and reminded me why I love to read books rich in storytelling about ordinary life. Duane loves Jacy, who’s the popular, rich girl, whose parents don’t want her to marry Duane; Sonny yearns for Jacy at a distance while getting sexually involved with the high school coach’s wife. Fist fights and football games; a local café diner, pool hall and movie theater; big cars and pick-up trucks; and a lot of sex and drinking (what else is there to do?) fill the time for Duane, Sonny and Jacy. But there also are kind, wise, tired small-town folk in this wonderful book that was made into a movie in 1971 with Cybill Shepherd (Jacy), Jeff Bridges (Duane) and Cloris Leachman (coach’s wife).

If you need assistance selecting classics you might want to read, I highly recommend Michael Dirda’s Classics for Pleasure. As the dust jacket says: “This is not your father’s — or your mother’s — list of classics. In these delightful essays, Pulitzer Prize-winner Michael Dirda introduces nearly ninety of the world’s most entertaining books.”