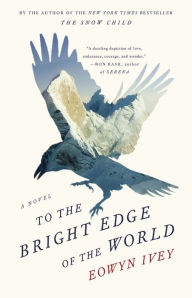 To the Bright Edge of the World by Eowyn Ivey
Due out next week, this new novel by Alaskan resident Eowyn Ivey is an epic tale set in her state at the end of the 19th century.  A husband ventures out on an expedition to explore unknown southern territory  and keeps a daily journal. His wife, back home, embarks on her own adventure of discovery by exploring the art of photography. Much that I’ve read about this fictional tale promises an engrossing read.

From the publisher’s plot description: “In the winter of 1885, decorated war hero Colonel Allen Forrester leads a small band of men on an expedition that has been deemed impossible: to venture up the Wolverine River and pierce the vast, untamed Alaska Territory. Leaving behind Sophie, his newly pregnant wife, Colonel Forrester records his extraordinary experiences in hopes that his journal will reach her if he doesn’t return…”

Kirkus Reviews gives the novel a star rating, saying “…this is an exceptionally well-turned adventure tale, rich with Allen’s confrontations with brutal snowstorms and murky underwater beasts and Sophie’s more interior efforts to learn her craft and elbow local busybodies out of her way.”

Watch this YouTube video summary of the book, describing it as “a sweeping epic Alaskan tale with just a touch of magic.” 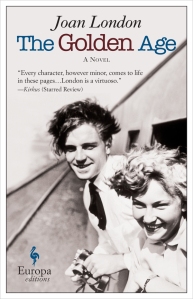 The Golden Age by Joan London
The Golden Age of this new novel’s title refers not to a period of time, rather a polio clinic in Perth, Australia, where teenagers Frank and Elsa fall in love and together face the challenges of their crippling disease, adolescence and the adults in their lives. First published in Australia, The Golden Age has won several literary awards and will be available in the U.S. mid-August from Europa Editions.

My research about this forthcoming book intrigues me not only for its setting and premise but also for Frank’s family as Jewish refugees from World War II Hungary. The story entices with the promises of an involving plot not only about the teenagers but also regarding their parents. From the publisher’s plot description: “Elsa’s mother Margaret, who has given up everything to be a perfect mother, must reconcile her hopes and dreams with her daughter’s sickness. Frank’s parents, transplants to Australia from a war-torn Europe, are isolated newcomers in a country that they do not love and that does not seem to love them. Frank’s mother Ida, a renowned pianist in Hungary, refuses to allow the western deserts of Australia to become her home. But her husband, Meyer, slowly begins to free himself from the past and integrate into a new society.”

Kirkus Reviews says, “Every character, however minor, comes to life in these pages.”

Publisher’s Weekly says, “It is pretty much perfect.” 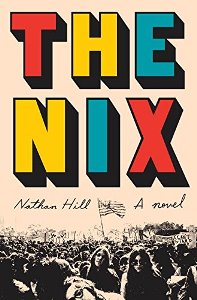 The Nix by Nathan Hill
The page count on this debut novel clocks in at more than 600 pages. Such a size always provokes me to consider if the investment of time will be worth it. I’m leaning toward a big YES for The Nix,  given the positive forecasts and also for this comment by Kirkus Reviews: “There are hints of Michael Chabon’s Wonder Boys as Hill, by way of his narrative lead, wrestles alternately converging and fugitive stories onto the page, stories that range from the fijords of Norway to the streets of ‘Czechago’ in the heady summer of 1968.” I loved Wonder Boys. The protagonist in The Nix similarly is a college professor and stalled writer.

From the publisher’s plot description:  “It’s 2011, and Samuel Andresen-Anderson … hasn’t seen [his mother] in decades, not since she abandoned the family when he was a boy. Now she’s re-appeared, having committed an absurd crime [throwing rocks at a presidential candidate] that electrifies the nightly news, beguiles the internet, and inflames a politically divided country. The media paints Faye as a radical hippie with a sordid past, but as far as Samuel knows, his mother was an ordinary girl who married her high-school sweetheart. Which version of his mother is true? Two facts are certain: she’s facing some serious charges, and she needs Samuel’s help.”

As did Kirkus Reviews, Publisher’s Weekly gave the novel a star while The Huffington Post listed The Nix among 2016 summer books not to miss. New York’s Strand Bookstore lists the forthcoming novel among the 16 books we can’t wait to read this summer.

If you’re receiving TLC blog posts in an email delivered at 2 a.m. that contains three headlines, it means you signed up a long time ago (thank you!) via a pre-Google Feedburner account system that has now shut down. You will continue to get these emails announcing new blog posts; however, due to the shut-down, I no longer can access the feed settings to make fixes or updates.

I recommend you unsubscribe from The Longest Chapter at the bottom of that email. Next, return to the blog, and you will see an email sign-up option (you may need to refresh your screen). Re-subscribe by providing your email address.

Feel free to email me with your questions at wosubookcritic@gmail.com.