The Man Booker Longlist was announced several days ago. It’s one of my favorite annual literary announcements because the list typically broadens my reading life to include diverse titles from the United Kingdom and Commonwealth, Republic of Ireland and Zimbabwe. But this year, the dynamic is different due to the decision to include American books. In other words, unfortunately, there’s not so much unique discovery and surprise — that “broadening” — as before.

The Longlist of 13 books is below, divided by their current availability in the U.S. I’ll clarify this availability in the U.S. as hardbound versions, as I’m not sure if/how e-books might be made available from the U.K. That said, The Wake is e-book available only, anywhere, right now. Keep in mind publishers are moving up dates for some of the books because of the nomination. I’ve got my eye on Niall Williams, Richard Flanagan and David Mitchell for reading opportunities. Maybe they’ll enter the winning stretch.

Seven Novels on the Man Booker Longlist Presently Available in the U.S.

History of the Rain by Niall Williams
Bibliophiles take note: There are three thousand, nine hundred and fifty eight books figuring into this story in which a bedridden woman is in search of her father. Much of that search, I gather, is from his books. Publisher’s Weekly says the “new novel has a unique voice and a droll, comic tone that takes a surprising, serious turn.” Kirkus describes it as: “A rambling, soft-hearted Irish family saga stuffed with eccentricity, literature, anecdotes, mythology, humor and heartbreak…”

The Blazing World by Siri Hustvedt
U.S. author Hustvedt focuses on artist/protagonist Harriet Burden who creates a hoax to prove gender bias in the art world. The NYRB review in its current edition (8/14/14) says this novel “…comes across more as a straitened feminist concept-piece than satisfactory storytelling.” The Rumpus review responds to the novel more positively, describing it as “dizzying, deeply felt.”

We Are All Completely Beside Ourselves by Karen Joy Fowler
U.S. author Fowler’s unforgettable novel is narrated by Rosemary Cooke about unusual family circumstances while she was growing up, specifically about her sister Fern.  I recommend if you chose to read the book, do so without reading too much about it. It’s got a clincher that’s best discovered on your own and that too many reviews give away. A terrific book I read, discussed and recommended last year.

Orfeo by Richard Powers
In this novel, composer protagonist 70-year-old Peter Els ends up on the lam when Homeland Security discovers his home-based biochemical engineering lab, where Peter pursues an innocent hobby. It’s called “engrossing” by The Washington Post and considered an emotional engager by the reviewer in The New York Times. U.S. author Powers is a National Book Award winner for The Echomaker.

To Rise Again at a Decent Hour by Joshua Ferris
U.S. author Ferris’s third novel received rave reviews this year. And it’s not only Longlisted by the Man Booker but also the International Dylan Thomas Prize. The story focuses on a dentist struggling with life’s meaning who has his identity stolen. From the publisher’s website:  “What begins as an outrageous violation of his privacy soon becomes something more soul-frightening: the possibility that the online ‘Paul’ might be a better version of the real thing.”

The Wake by Paul Kingsnorth
Via the publisher’s website: “Everyone knows the date of the Battle of Hastings. Far fewer people know what happened next. Set in the three years after the Norman invasion of 1066, The Wake will tell the story of a fractured band of guerilla fighters who take up arms against the invaders.” Be sure to check out the book’s full description, so you’re aware of the unique narrative voice. At this point, e-book availability only from this Irish author.

The Dog by Joseph O’Neill
Starred reviews by Kirkus and Publisher’s Weekly, the story features an unnamed hero who leaves New York to start a new life in Dubai working for a wealthy family as a “family officer.” The publisher describes this novel as “a tale of alienation and heartbreak in Dubai.” Irishman O’Neill lives in New York. His residence is likely the reason some media outlets say there are five Americans on the Man Booker Longlist and others say there are four.

Three Novels on the Man Booker Longlist Soon to be Published in the U.S.

The Narrow Road to the Deep North by Richard Flanagan
Australian author Richard Flanagan focuses his new story on the WWII Japanese POW experience and the “death railways” built in Burma. Reviewer for The Telegraph calls is “graceful and unfathomable.” Reviewer in The Guardian writes: “Flanagan’s novel is a grand examination of what it is to be a good man and a bad man in the one flesh and, above all, of how hard it is to live after survival.” In 2009, I recommended Flanagan’s novel Wanting for its lyric narrative voice but cautioned about its failure to ground readers in the plot’s historical timelines. (August)

The Bone Clocks by David Mitchell
Irish author David Mitchell (Cloud Atlas) has been shortlisted for the Man Booker Prize twice prior to this. Both Kirkus and Publisher’s Weekly have “star” reviewed this book that strikes as an unusual story spanning the life of Holly Sykes, a protagonist that’s described as a “lightning rod for psychic phenomena.” She runs away when she’s 15 years old and encounters other-worldly forces in the English countryside. Events affect her and others’ lives ever onward into the future. (September)

Us by David Nicholls
British author Nicholls writes about a man hoping to save his marriage. The publisher’s description says “Us is a moving meditation on the demands of marriage and parenthood, the regrets of abandoning youth for middle age, and the intricate relationship between the heart and the head.” Available in October 2014 and highly anticipated due to the popularity of his last book, One Day.

The Remaining Three — With 2015 or No Dates Listed

J by Howard Jacobson
British author Jacobson won the 2010 Man Booker Prize for The Finkler Question. His new novel is a futuristic love story. Howard Jacobson is a frequent presence on Man Booker Longlists. Scheduled to be published in the U.K. in August but, in the U.S., not until March 2015.

The Lives of Others by Neel Mukherjee
A family story set in Calcutta 1967. The Guardian describes it as “engrossing”. No listed U.S. publication date. Visit the author’s website.

How to Be Both by Ali Smith
Description on the Man Booker site says it is a novel about art’s versatility. To be published September in the U.K. No date listed for the U.S. 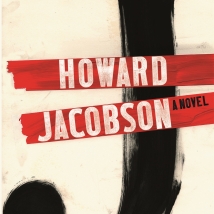 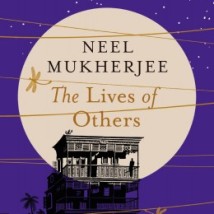 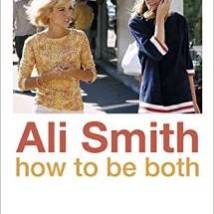 2 thoughts on “Which Man Booker nominee to read?”