I met with a handful of members from a book club recently with the purpose of selecting a book the club would read, and then I’d join them to lead the discussion about it. I brought with me six books as suggestions.

This group won the WOSU Chefs in the City auction item for this event. I thought TLC readers might be interested in my suggestions and how the group came to their book of choice.

First, I suggested two classics. It’s always good to bring classics because if all other choices bomb, classics provide the opportunity to read books for the bucket list. 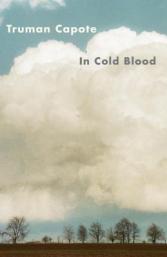 Although a famous story, many have not read In Cold Blood by Truman Capote. Indeed, only one member among the selection committee had read this story about the murder of the Clutter family on November 15, 1959, in the small town of Holcomb, Kansas. Capote interviewed the town’s people and the convicted killers to capture this horrific story that unsettles us on many levels, but especially because the Clutters lived in a small, familiar, midwest community where neighbors didn’t lock their doors. In Cold Blood is widely considered to be the book that established the non-fiction novel genre in which actual events are told with compelling fictional style. The Library of Congress included Capote’s groundbreaking oeuvre in Books That Shaped America.

Book club verdict: The one book club member who had read the book claimed it as a favorite and wanted to read it again. Everyone else — except one — also wanted to read it. I thought this book would be their choice, but that one dissenting voice fervently resisted because of that frightening vulnerability I mentioned of the killers freely walking into the unlocked home. Her opinion won, and the book was cast out of the running. 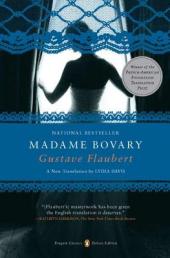 The second classic I suggested was Madame Bovary by Gustave Flaubert but only the Lydia Davis translation, released in 2010. According to Davis in New York magazine, previous popular translations were “well written in their own way. But they’re not close to what Flaubert did.” Flaubert wrote his famous novel with meticulous, perfectionist attention to every word, sentence and phrase, orchestrating them into a flawless rhythm. Madame Bovary tells the story of Emma Bovary, who is bored in her marriage to the provincial Dr. Charles Bovary. It’s about her desperation to find relief, resulting in debt, adultery and tragic consequences. I love this statement inside the cover of the new translation: “Emma Bovary is the original desperate housewife.”

Book club verdict: Several wanted to read the classic for the first time, and others wanted to reread it in the new translation, but the story was deemed too depressing and not what they were looking for.

Next I suggested Catherine the Great: Portrait of a Woman by Robert K. Massie. When recommending to groups, I always like to include a biography or memoir. Newly released this fall season in paperback, this New York Times best-seller explores the life of the German princess who ruled Russia for 34 year. The author told NPR: “The whole story of the life as it unfolded was absolutely fascinating. I have four daughters. … I think that Catherine is almost a lesson book. There were lots of moments of despair, but she carried on. She carried through. She’s an example. She won. … I found that exhilarating, and in a sense, reassuring.”

Book club verdict: The book club was reading Hilary Mantel’s Bring Up the Bodies, which they were going to discuss at their next meeting. Delving into another monarchy right after seemed too much too soon. They wanted something else.

Before arriving that night at the gathering, I had no sense of their reading preferences, even though they had given me a short list of books they had read together in the past. The list was so widely varied it revealed no pattern, such as a leaning toward classics or history, biography or light fiction. Hence, I thought it would be a good idea to throw a guaranteed engrossing novel into the mix. Why not make it a love story, too? And so, I suggested The Time Traveler’s Wife by Audrey Niffenegger about the love affair between involuntary time-traveling librarian Henry DeTamble and artist Clare Abshire. I made it clear if anyone had seen the movie, this was definitely a case of the book being better. The book is described as “a spellbinding tale of fate and belief in the bonds of love,” and I remarked that it was more about enduring love than time travel. Someone said, “I don’t believe in enduring love,” to which I replied, “Then we’ll have lots to talk about.”

Book club verdict: They liked the selection but decided to save The Time Traveler’s Wife for their February book, being February is the love month of Valentine’s Day.

Next I proposed two historical novels. Historical fiction offers a blend between non-fiction and fiction that can satisfy a group with mixed preferences between the two genres.  Both books I’ve written about on TLC — click on the book titles and you’ll be taken to those posts where there is more information.

Every Man Dies Alone by Hans Fallada, a page-turner set in World War II and made available in English for the first time by Melville House publishers in 2009. Holocaust survivor and acclaimed author Primo Levi described it as “the greatest book ever written about German resistance to the Nazis.” The fictional plot is based on the true story of a working class German couple who lived a low-profile, non-political life in Berlin during Hitler’s years in power. When their only son was killed on the WWII front battle lines, they became resisters, launching a dangerous anti-Hitler campaign via postcards they circulated throughout Berlin. Eventually, the couple was found out, tried and beheaded by the Nazis.

Book club verdict: Great interest, but they decided to read the following historical novel instead. They recently had read Unbroken by Laura Hillenbrand, and although Hillenbrand’s story takes place in the Pacific theater, its World War II  setting pushed them toward deciding on a different historical time.

Sacred Hunger by Barry Unsworth won the Man Booker Prize in 1992, but it tied with The English Patient by Michael Ondaatje. Everyone remembers the latter, less the former that search upon search calls up consistent praise of “magnificent” and “a masterpiece.” It’s a large novel about greed and man’s cruelty to man, as it tells the story of the 18th century British slave trade. Strong voices among the small selection committee spoke up wanting to read this book, while one person thought it might be too heavy or depressing. At that point, I wondered if I’d brought too many books they considered heavy topics or depressing and wished I’d brought along Rachel Joyce’s lively, enchanting The Unlikely Pilgrimage of Harold Fry. It’s Joyce’s debut, a new novel about a man who walks the length of England in his yachting shoes and light coat to save a long-ago friend. I was ready to offer it, when discussion turned positive toward Sacred Hunger, which they ultimately selected.

Book club verdict: The winner, for its interesting time period and historical events that would provide good discussion opportunities. Of course, it was also selected because there was curiosity about Unsworth’s prize-winning “magnificent” story.