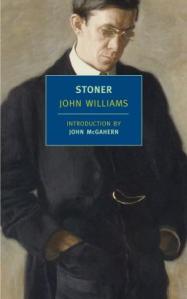 I spent New Year’s Eve by the fire reading the last 50 pages of John Williams’ classic novel Stoner. There’s no better way I could’ve entered 2011, not because of the idyllic scene of reading by the fire, corgis sleeping at my feet, rather because of the message that arrives at the end of William Stoner’s life.

Stoner is the fictional character whom the story follows, from his student years at the University of Missouri, beginning in 1910, through his adult life as a professor there. A farmer’s son, Stoner surprisingly falls in love with English literature and gets his PhD. He works hard but goes nowhere, both figuratively and literally; he doesn’t even own a car. The university is Stoner’s life until his death in 1956.

It’s a riveting story about heroic humility, of the kind the Trappist monk Thomas Merton writes about in Seeds of Contemplation, when he says it takes heroic humility to be oneself. Such is the very heart of this great story, especially when Stoner confronts the manipulations of his calculating wife and his vindictive department chairman. Merton acknowledges it’s difficult to keep a balance in the face of such things, “of continuing to be yourself without getting tough about it and without asserting your false self against the false selves of other people.” But that’s what Stoner does so well, and why this novel is so exquisite.

On his deathbed, Stoner recognizes the failure that others probably see in his tenured career that didn’t achieve full professorship and a marriage that dissolved into indifference. But his success gradually comes to light and a sudden force of joy comes over him: “He was himself, and he knew what he had been.” What better epiphany to read on the last night of the year when one looks backward, and forward, measuring the success of a past year and determining changes to make in the new one. Stoner is one of the most satisfying novels I’ve ever read.