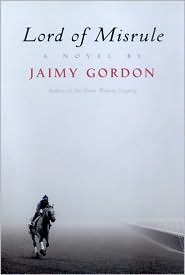 Jaimy Gordon’s Lord of Misrule won the 2010 National Book Award (NBA) for fiction.  The book’s publisher, McPherson & Company, released the book just days ago (November 15), so few have read and/or reviewed this astonishing winner. That’s not the big news, though, rather that once again a surprise unknown from a small press took a huge fiction award.

At the beginning of 2010, the year’s Pulitzer Prize in fiction was awarded to Tinkers by Paul Harding, published by the small Bellevue Literary Press. During the years Harding tried to get his book published, New York agents and editors sent rejections and this laughable advice: “Nobody wants to read a slow, contemplative, meditative, quiet book.” (via The New York Times)

These two awards may well be the harbinger of small independent presses assuming the helm of literary fiction. They’re giving hope to readers and authors of this genre that small plus literary no longer equals obscure. Bruce McPherson, owner and publisher of McPherson & Co., said he usually prints 2,000 copies of a new book. When the Lord of Misrule was nominated as an NBA finalist, he took a chance and printed 8,000 (via WSJ Speakeasy).

I’d wager he’s going back for a second printing.

Here’s the list of winners for the 2010 National Book Award: