One of the best places to find extraordinary fiction is among books nominated for the annual International Dublin Literary Award. Submitted by librarians from around the world, the nominees bring to light a wide swath of novels by authors of different nationalities. The one requirement is the story must be written in or translated into English.

This year’s Longlist contains 156 novels from 40 countries that include – a mere handful as example (see below) – Estonia, Norway, Poland and Iceland, not selections you’d typically find browsing your local independent bookstore (should it be open) or showcased by the online behemoth. 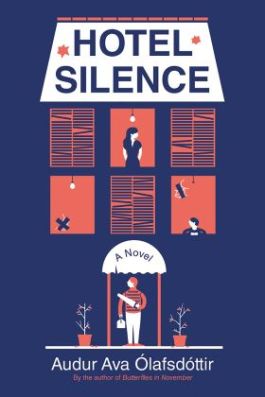 Normally, I’d wait for the 2020 Shortlist of 10 to be announced, but the Dublin City Council has postponed that announcement due to COVID-19. They’ve also paused any efforts toward the 2021 award process. And so, I approached this year’s Longlist as a browsable bookstore, being drawn to cover illustrations or the equivalent of dust-jacket blurbs, that being the librarians’ comments, but of course, mostly, by plot summaries. The result was an impossible list, like some junkie had been let loose in a pharmacy.

So often I’ve read deeply moving stories by international authors that happen under 200 pages — magical spare prose unfurling astonishing narratives. Rarely do I find these kinds of novels written by Americans. Japanese author Yoko Ogawa’s The Housekeeper and the Professor comes to mind as does Russian author Andreï Makine’s Music of Life. And so the page count became the means of narrowing my list of wants. The authors of my chosen books listed below are from Ireland, Germany and Brazil.

Meanwhile, here’s where you can do your own browsing of the 2020 Longlist. Once you’ve made a selection, I recommend a quick Google search on your chosen title coupled with “Publisher’s Weekly” or “Kirkus Reviews” in the search field to get their concise opinions. Just a quick scan for validation. Also, check to see how Goodreads rates your selections. Look for four stars, or close enough.

Resistance by Julián Fuks, translated from the Portuguese by Daniel Hahn, is about a couple that flees Argentina’s 1970’s military dictatorship with their adopted infant son. They resettle in Brazil. “This small book carries a big punch,” according to a review in The Guardian that describes the story as “autofiction about the search for roots.” Read more from The Guardian’s review. (154 pages)

The Language of Birds by Norbert Scheurer, translated from the German by Stephen Brown, is about a paramedic based in Afghanistan in 2003 who enlisted to escape guilt from a tragedy back home. In the midst of war pressures, he preoccupies himself with bird watching. From The Times Literary Supplement: “Norbert Scheuer has created a small gem of wartime writing, with, in among the bleakness, a spirituality of sorts: ‘There is something in life greater than us and for which there is no language. Perhaps that’s the reason that birds sing’.” Read more from The TLS review. (179 pages)

Travelling in a Strange Land by Irish author David Paul is about a father driving in a snow storm a few days before Christmas to collect his son stranded at school. On the solitary drive, painful family history takes over his thinking. The Guardian describes it as a “short but breathtaking novel” that’s “exhilaratingly brave and powerful.” Read more from The Guardian’s review. (165 pages)

7 thoughts on “My impossible list of wants. Then three.”