Much of my knowledge about the siege of Leningrad (now St. Petersburg) comes from World War II novels, and only from the German viewpoint. That changed when I met with Holly from the Columbus Symphony and discussed books regarding this historic war event and Russian composer Dmitri Shostakovich. The composer wrote his “Leningrad” Symphony No. 7, Opus 60, during the siege. On January 4 and 5, 2019, the Columbus Symphony will perform this historic work.

Below is a list of the books I pulled together for my meeting with Holly, including review references. As I investigated the books, I became engrossed in what I formerly didn’t fully know, not only about the relentless Nazi bombardment from the Russian viewpoint but also the powerful impact Shostakovich had in giving his starving compatriots hope. I’ve come to believe that while one might simply enjoy listening to the music of the Shostakovitch Seventh, to know the background — politically, historically and dramatically — brings it closer to its musical heart and soul.

The following description from the dust jacket of Symphony for the City of the Dead by M. T. Anderson captures the horror of what happened during the siege:

In September of 1941, Adolf Hitler’s Wehrmacht surrounded Leningrad in what was to become one of the longest and most destructive sieges in Western history – two and a half years of bombardment and starvation. More than a million citizens perished. Survivors recall corpses littering the frozen streets, the relatives of the dead having neither the means nor the strength to bury them. Desperate citizens burned books, furniture, and floorboards to keep warm; they ate family pets and – eventually – even one another to stay alive.

Whether you plan to attend the symphony concert or not, whether you intend to seek out the Shostakovich Seventh or not, these books are worthy contenders for your reading table. Of note: Harrison E. Salisbury’s book The 900 Days: The Siege of Leningrad and Curzio Malaparte’s Kaputt frequently get mentioned with books about the siege. They are not on this list. I wanted more current books than The 900 Days, published in 1969, and Malaparte’s book is more from the Nazi viewpoint, and it’s too disturbing. 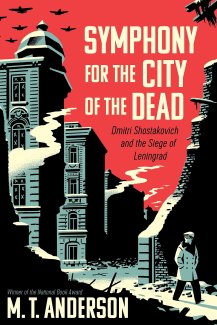 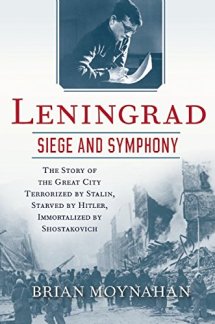 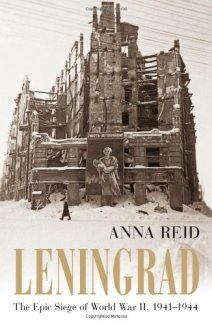 Symphony for the City of the Dead: Dmitri Shostakovich and the Siege of Leningrad by M. T. Anderson
From The New York Times: “The book, which has been long listed for a 2015 National Book Award, begins like a suspense movie: A mysterious microfilm is transported from the Soviet Union to the United States ‘across steppe, sand, sea and jungle’ in the midst of World War II. The microfilm contains the score for Dmitri Shostakovitch’s ‘Leningrad’ Symphony, much of which he wrote during air raids in his native city. The Soviet hope is that American performances might strengthen the new alliance.”

Leningrad Siege and Symphony: The Story of the Great City Terrorized by Stalin, Starved by Hitler, Immortalized by Shostakovich by Brian Moynahan
From the Washington Post: “In Leningrad: Siege and Symphony, Moynahan weaves back and forth among descriptions of the battlefield around Leningrad, the horror visited upon the starving city, and the galvanizing and piercing work of music Shostakovich wrote to honor his home town (now called St. Petersburg). The first two movements were written before Shostakovich and his immediate family were evacuated in October 1941 to a city on the Volga, and the complete score was flown back in nine months later, the pilot skimming Lake Ladoga to avoid detection by German fighters.”

Leningrad: Tragedy of a City Under Siege 1941-44 by Anna Reid
From The Guardian: “For all that Reid conveys horror, her book is filled with tales of ordinary heroism and fortitude. A family at death’s door learns Pushkin by heart: Hitler could make their bodies starve, but not their minds. Orthodox Christians convinced themselves that the siege was sent as a test for mankind – an intolerable but manifest mystery of His will. Thus religion served as a defence against dehumanisation. … Leningrad is magnificent living history: all life and death is in these burning pages.” 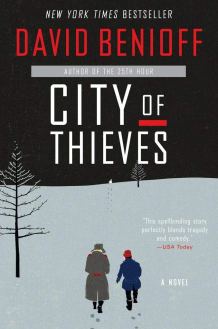 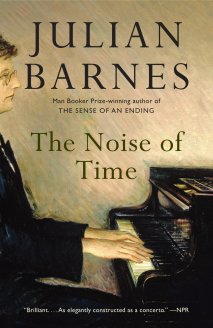 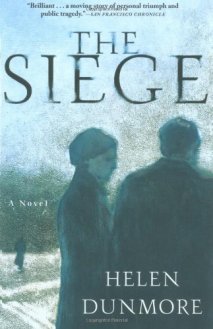 City of Thieves by David Benioff
From The New York Times: “City of Thieves follows a character named Lev Beniov, the son of a revered Soviet Jewish poet who was ‘disappeared’ in the Stalinist purges, as Lev and an accomplice carry out an impossible assignment during the Nazi blockade of Leningrad. … The research never stands out because Benioff weaves it in so deftly. He shifts tone with perfect control — no recent novel I’ve read travels so quickly and surely between registers, from humor to devastation — and expertly evokes the vagaries of Lev’s adolescence.”

The Noise of Time by Julian Barnes
From NPR.org: “Like his Booker Prize-winning The Sense of An Ending (2011), is another brilliant thought-provoker which explores the costs of compromise and how much confrontation and concession a man and his conscience can endure. … Music was what Shostakovich ‘put up against the noise of time.’ Barnes’ stirring novel about what is lost when tyrants try to control artistic expression leaves us wondering what, besides more operas, this tormented, compromised musical prodigy might have composed had he been free.”

The Siege by Helen Dunmore
From Publisher’s Weekly (starred review): “Thousands will starve or freeze before spring, but Dunmore shuns the moral numbness of numbers. She compels us to live inside the skin of Anna Levin, a 23-year-old artist and nursery-school teacher. In chaste yet shimmering prose, Dunmore conveys the sourness of Anna’s hunger, her anguish over whether to eat an onion immediately or save it to sprout so that her five-year-old brother, Kolya, may have the precious vitamins in the new shoots.”