A little over a week ago, during a post-presentation Q&A, a woman from the back row said she loved the current Pulitzer Prize-winning best-seller All the Light We Cannot See by Anthony Doerr, and then she asked if I could recommend another good book for her. The request silenced me. It always does, that ask by a stranger for the title of a good book. And yet, I expect myself to be able to casually toss out answers.

When independent bookstores flourished, the bookseller, over time, got to know a patron’s reading tastes and could provide personalized recommendations for good books. Today, Amazon and Barnes & Noble’s automatic “matches” of what you might like to read, based on past online book searches and purchases, is the impersonal opposite — their technology lacks the ability to capture nuance in reading desire and taste.

For me, making recommendations for strangers is a shot in the dark. Without knowing the person’s reading patterns and history, I don’t have a feel for what works for them in a novel. Is it the drama and romance? The captivating, complex characters whose fictional stories are unforgettable? The tension of the World War II European setting? Is it violence and intrigue or moving relationships? I’ve had many successes but also many failures in trying to take that shot in the dark.

I came out of my temporary stupor with an answer for the woman in the back row, sharing with her two novels that came to mind and are personal favorites. I qualified the answer, explaining Stoner by John Williams could lack the level of drama she might want (although it’s an international best-seller) and Mapuche by Carl Férey might be too violent (its plot draws from Argentina’s violent time of the “disappeared” between 1976 and 1983). Ever since that brief exchange, however, I’ve felt as if I didn’t provide a thoughtful enough response — because she mentioned Doerr’s novel, and I could’ve used it as my starting point. I could’ve tried for an “automatic match” à la online book-selling. And so…

Dear Woman in the Back Row,

I’ve pondered your request, considering what I could have otherwise suggested for you to read. Here are three novels I’m thinking you might enjoy. They have a World War II connection, which might appeal to you, since you enjoyed All the Light We Cannot See. They’re not new books, but ones from the past known to have captivated many readers.  Maybe you haven’t read them. 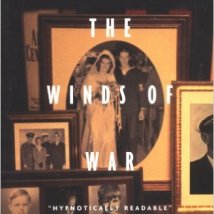 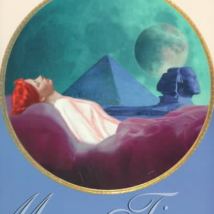 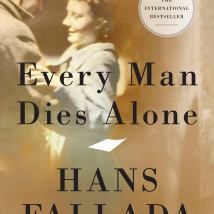 Winds of War by Herman Wouk is the first volume of Wouk’s popular World War II epic. It mentally kidnapped me during a long-ago summer, and I think back to that time fondly, reading Wouk’s novel on a commuter train, during lunch hours and by the pool, lost in the story.  From the book’s description: “Wouk’s spellbinding narrative captures the tide of global events — and all the drama, romance, heroism, and tragedy of World War II — as it immerses us in the lives of a single American family drawn into the very center of the war’s maelstrom.” The second novel in the epic drama is War and Remembrance.

Moon Tiger by Penelope Lively, winner of the 1987 Booker Prize, focuses on protagonist Claudia Hampton as she lies dying in a London hospital bed,remembering kaleidoscopic fragments from her past that recall her life as a newspaper correspondent, historical novelist and mother. At the center is her memory of a brief love affair in Cairo, Egypt, during World War II, with a British tank officer on leave. While not on the level of “spellbinding,” as is Wouk’s epic, it’s nevertheless a moving, memorable story that also captivated me.

Every Man Dies Alone by Hans Fallada is based on the true story of a working class couple who lived a low-profile, non-political life in Berlin during Hitler’s years in power. When their only son was killed on the German front lines during the war, they became resisters. From the book’s description: “With nothing but their grief and each other against the awesome power of the Reich, they launch a simple, clandestine resistance campaign that soon has enraged Gestapo on their trail, and a world of terrified neighbors and cynical snitches ready to turn them in.” Acclaimed WWII espionage novelist Alan Furst blurbs the dust jacket on my copy of the book: “One of the most extraordinary and compelling novels ever written about World War II. Ever….Please, do not miss this.”

4 thoughts on “For the woman in the back row”