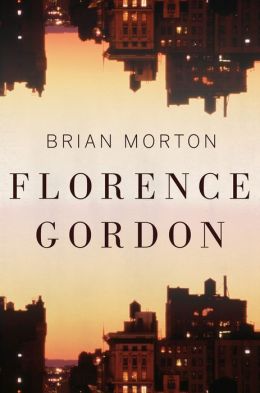 Florence Gordon is a renowned feminist, activist and writer whose heyday in the 1970’s marked her as a hero of the Women’s Movement. She is the Big Gorilla in this novel’s cast of characters, a touchstone of truth and one of a kind, to say the least: an intense, blunt, intimidating 75-year-old woman who’s intolerant of distractions. In one scene, annoyed by a friend who constantly checks her BlackBerry, Florence grabs the device and throws it into a pitcher of sangria.

The book’s dramatic pulses lie within the uncertainties Florence’s son Daniel, his wife Janine and their daughter Emily bring to the story. They are temporarily living near Florence on the Upper West Side of New York, thanks to a fellowship Janine is pursuing in psychology. Janine is attracted to her supervisor and tests the waters of an affair. Daniel discovers her attempts and suffers what appears to be a heart attack while Janine attends an out-of-town conference with her lover. Nineteen-year-old Emily also is out of town, exploring sex and drugs with a problematic ex-boyfriend.

Janine’s fellowship is about the complicated relationship between our intentions and our impulses, between the parts of ourselves that seem to be under our control and the parts of ourselves that don’t. Author Brian Morton tugs at us with this concept as Daniel, Janine and Emily wrestle with their confusions and desires. They exist in contrast to the majestic Florence for whom, as Morton writes, “There was no corridor of uncertainty between the decision and the act.”

What makes this novel so engaging is that the characters, living these profound concepts, are funny, colorful and warmly human. Their story is written in precise, upbeat prose with a seductive energy. Morton explores ideas about the Women’s Movement, aging with grace and dignity, and living with integrity.

Florence is unaware of her family’s trials. She keeps herself removed from family and friends, and yet she inspires them.

“Florence’s success had shaken something loose inside Janine. Florence was a woman who had never compromised. And now, at long last, she was reaping the fruits of her courage. So the question, Janine thought, is this: If I exercised a bravery in my own life equivalent to that which Florence has exercised in hers, what would I be doing? What would I be doing differently?”

Meanwhile, Florence writes her memoir, participates on panels and enjoys a renewed celebrity status due to a prominent New York Times book review that describes her as a national treasure. However, her left foot begins to drag. It’s annoying at first, and then, after medical tests, it becomes the beginning of this memorable character’s final challenge. She faces it, not surprisingly, with conviction, giving her family — and us, as readers — an example of what it’s like to live boldly with trust in one’s beliefs.