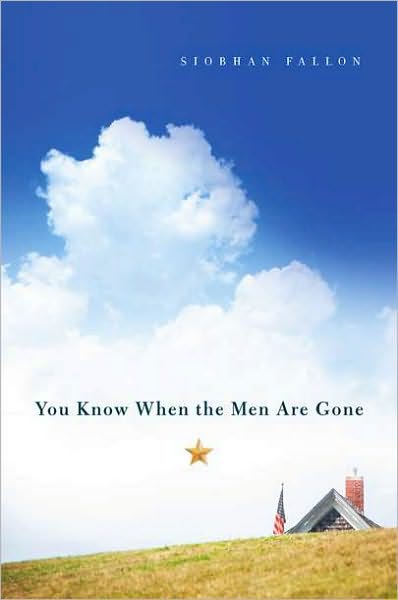 I’ve been gravitating to short story collections these first months of 2011, more than usual. A few weeks ago I read Alexander MacLeod’s Light Lifting (excellent). Next, I have Michael Kardos’ debut collection One Last Good Time on my reading table. I’m more eager to read it than the novels sitting next to it. Perhaps this is a reaction to the doorstopper novel I’m still trying to finish, which by the way has turned into a best-seller since I started it. Well, it involves witches and vampires, so no surprise. I tend to lose my patience with the living dead and so ditched them to read Siobhan Fallon’s debut story collection about army wives. It was an enjoyable respite.

Fallon knows her material from first-hand experience. She’s an army wife whose husband was deployed to Iraq for two tours of duty. She now lives in the Middle East with her soldier husband but previously lived at Fort Hood during the deployments. The Texas army base is the central setting for her stories, a world of 40,000 soldier families living in varying types of housing units under the rules of the base. In an author’s note, Fallon says grass must be mowed before it reaches a certain height.

She allows the base environment to color her stories with just enough detail to illustrate the effect of interminable waiting that comes with being married to a deployed solider. Some wives in the eight stories handle the long, gray nothingness between departure and return stoically; some walk away without warning, ripping from their husbands the emotional anchor they depend on. And then there’s the soldier who’s retained at Fort Hood because his wife is battling cancer. It creates tension his wife cannot share with the other wives. Fallon writes, “John being home made her different from everyone else in a way that even the cancer did not.”

What makes these stories so engaging is they claim neither good nor bad spouses, including the soldier who cheats on his wife in Iraq and the wife who hands her wounded husband separation papers the day after he returns. All the men and women are likeable in this collection because they are ordinary and without malice. It’s one of the many ways these stories are special – they exact overarching compassion and grip us not with blame or an emotional, gut-wrenching twist, rather with a reality revealed.

2 thoughts on ““You Know When the Men Are Gone””