I noticed these five books along the way in my holiday gift-giving search-and-discover efforts. The common theme is they’re interesting and different, qualities often an advantage when shopping for readers and book lovers.  And so, to share. 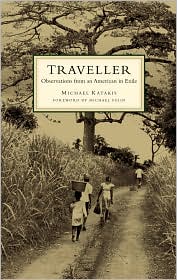 Traveller: Observations from an American in Exile by Michael Katakis
(Simon & Schuster, August 2009)

This travel memoir won an AIGA book design award.  Here’s the description of its content from Burton & Park Publishers, where you can also hear the author read from his book: “Traveller is a collection of letters and journal entries that bring the immediacy of experience together with perceptive reflections of the authors (sic) own past. The entries in this volume are not travel guides. They are personal, like letters from the most desirable sort of friend. This friend carries you with him as he meanders through the medina in Fez or into the hills of Gallipoli. His voice is such that you can almost smell the herbs and dusty soil of Crete. Always you are introduced to the people he meets along the way.”

What They Didn’t Say: A Book of Misquotations edited by Elizabeth Knowles (Oxford University Press, December 2006)

Following is a sample entry from the publisher’s website:
A good day to bury bad news.
In the hours following news of the terrorist action in America on 11 September 2001 (“nine-eleven”), the British government adviser Jo Moore sent out an email reading, “It is now a very good day to get out anything we want to bury.” This was leaked and widely reported; public shock and distaste were heightened by its becoming fixed in the general consciousness in the form, “a good day to bury bad news.” 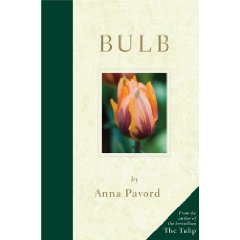 From the New York Times: “Any gardener who couldn’t put down Anna Pavord’s The Tulip, published by Bloomsbury in 1999, will probably devour Bulb… The book includes 600 of her favorite bulbs, enough for a lifetime, writes Ms Pavord, who gardens in Dorset, England.” From Chicago Now: “Sometimes, these kinds of specialty books only skim the surface of the variety of bulbs available. They seem to be published just to boost sales. When the UPS guy dropped off Bulb I sat the package to the side, certain that it would be disappointing, like so many other books on bulbs. Later that evening, I opened the package and when the book slid out and I held it in my hands for the first time… I was in awe.”  A slide show on Chicago Now gives a glimpse inside the book.

The UK Telegraph says, “an exceptional biography: lively, perceptive and well-written.” James Lees-Milne (1908-1997) is one of the great diarists of the 20th century. He’s known for rescuing and preserving many of Britain’s country estates from neglect after World War II when families could no longer maintain them. He transferred the houses from private ownership to England’s National Trust. The London Review of Books’ report on this biography indicates an interesting life and well-written, absorbing book.

This “new in cloth” edition is on back order at the Harvard site but available on Amazon, Borders and Barnes & Noble. Not a sexy title for gift-giving except for that person obsessed by Washington D.C. politics. (I’ve certainly forgotten what I learned in school, oh so many years ago.)  The Harvard website says, “When he glosses the Constitution, the Bill of Rights, and the subsequent amendments, Rakove once again provides helpful historical background, targets language that has proven particularly difficult or controversial, and cites leading Supreme Court cases.” (I learned something new. The verb “gloss” when used with an object means annotate.)