The feature story in the Autumn 2009 issue of The American Scholar brings to the forefront another growing concern affecting books and literary life: the decline in the number of English literature students at colleges and universities. This once popular and esteemed major is heading toward rarefied air.

Writer William M. Chace cites facts and explains the sad but intriguing evolutions. There was a time when college students didn’t regard their education as a means to secure a financial future, rather a means to better understand life. Those were the days English degrees and the humanities thrived. Business majors now carry the popularity torch. Chace writes, “Despite last year’s debacle on Wall Street, the humanities have not benefitted; students are still wagering that business jobs will be there when the economy recovers.”

Chace also points out that institutions of higher learning operate on ever tighter budgets, and the study of literature doesn’t attract sponsors, donors or federal funding, like business and the sciences: “…English departments are regarded by those who manage the university treasury as more liability than asset.”  (ouch)

As I type this post, the bookshelf to my left holds the English literature paperbacks I studied in college.  They’re not the kind of books you’re going to see enthusiastically marketed on Amazon or Barnes & Noble, nor frequently recommended for book clubs. They are the stuff of academic programs Chace writes about.

Here’s a random 10 novels pulled from that shelf. The years indicate first year published. Will the study of these books go the way of Latin and Greek majors?  Chace suggests they will, unless English department faculties change their ways. 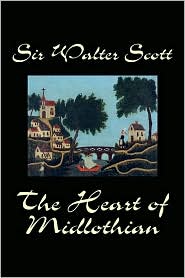 Regarding The Heart of Midlothian, check out the following.  It’s about the author Sir Walter  Scott’s  thematic focus, clearly germane to issues of today’s world.

From the introduction to my college paperback: “[Sir Walter Scott’s] subject is really a nation or culture moving through time, jettisoning the irrelevancies of the past, clinging to the permanencies, uncertainly exploring the future; it is a world of slow but profound evolution: old ways, instincts, habits are always dying out; the new slowly comes into being.”