A few months ago, Two Dollar Radio sent me three paperbacks. On top was Rudolph Wurlitzer’s Nog, a reissue from the 1960s. I didn’t recognize the Two Dollar Radio imprint, with the tag “Books Too Loud to Ignore,” and grossly assumed in my haste that all their books were reissues.

Then I began to see this unusual name for a publishing house appear in various publications. I realized my mistake.

This independent publisher in Granville, Ohio, had reissued Wurlitzer’s  cult novel this year after last year successfully publishing Wurlitzer’s  new novel, The Drop Edge of Yonder.  The two other books they had sent me — Some Things That Meant the World to Me by Joshua Mohr and The Shanghai Gesture by Gary Indiana — were new 2009 releases.

Around the time all this was happening, the publisher and editor-in-chief Eric Obenauf sent me an email, introducing himself and Two Dollar Radio (TDR). Shortly after, I met him and his wife, Eliza, TDR’s editor and art director, for coffee.

Eric and Eliza are young, smart, hard-working and visionary. And their publishing company, that originated in Brooklyn four years ago, isn’t some idealistic lark. It’s grounded in a model followed by other small publishers to be “aesthetically consistent, editorially adventurous, and manageably tiny,” as reported by The Village Voice. 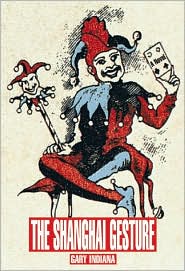 The books they publish reflect the taste and expertise of Eric, a dark and gritty kind of theme. They are not for every reader, but they are unique and loud enough to be getting attention in The Washington Post, The Village Voice, the Los Angeles Times and The Boston Globe.

Along with finally becoming familiar with Two Dollar Radio, I came to understand this: No matter the persistent, annoying clamor that print is going away, it’s not going away and it won’t go away because of independent publishers like the Obenaufs and Two Dollar Radio.

According to Eric, the book business was “never intended to function on the present bloated scale.” This he states and elaborates in “The Revenge of Print,” a reality check on the current publishing climate.

In addition to the books mentioned above, the Obenaufs suggested I read:

I Smile Back by Amy Koppelman (2008 pub date)
From the back of the book: “We live in an era that believes in the idea of rehabilitation and counts on the possiblity of redemption. The thing is, not everyone gets better and even those who find salvation often leave a wake of destruction behind them.”  And Publisher’s Weekly said, “This crushing novel…is a shocking portrait of suburban ennui gone horribly awry.”

1940 by Jay Neugeboren (2008 pub date)
From the Los Angeles Times: “In ‘1940’ — his first novel in 20 years — Jay Neugeboren traverses the Hitlerian tightrope with all the skill and formal daring that have made him one of our most honored writers of literary fiction and masterful nonfiction. This new book is, at once, a beautifully realized work of imagined history, a rich and varied character study and a subtly layered novel of ideas, all wrapped in a propulsively readable story.”