This month, critics are praising Women Talking, the eighth book by Canadian author Miriam Toews. The story is based on a true crime of repeated sexual assaults that took place between 2005 and 2009 in a remote Mennonite colony located in Bolivia. A handful of the colony’s men raped their women and girls at night, making them unconscious with an animal anesthetic while they slept. The women woke in the morning in pain and battered, not knowing what had happened to them. It was said they were being punished by demons for their sins. Or they were accused of having a wild, female imagination. “Wild was the worst thing you could become in a community rigged for compliance,” Toews writes in All My Puny Sorrows, her previous novel about two Mennonite sisters. 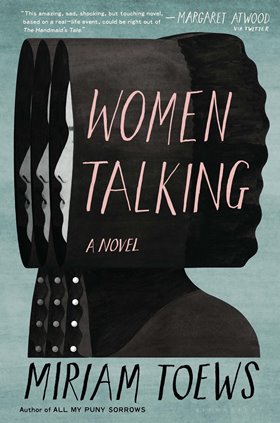 Toews (pronounced Taves) grew up in Steinbach, a Mennonite prairie community near Winnipeg, Manitoba. She bolted after high school graduation, seeking a secular life outside the patriarchal religious ways of her youth. But that life has become her fictional material, whether she writes about normal Mennonite life or its crimes, as in Women Talking.

When the story opens, the offenders have been arrested. The colony’s men are in town arranging for bail. Meanwhile, the women secretly gather in a hayloft to decide what action to take in response to the brutal assaults: do nothing, stay and fight, or leave. At risk is not only the physical safety of themselves and their daughters, but also their ability to enter the gates of heaven, which will be forbidden to them if they do not forgive their attackers and accept their apologies. Also, if they leave, where will they go? They don’t know anyone beyond the colony, and they can’t read a map.

They’ve asked the colony’s school teacher, August Epp, to take the minutes of their meetings. He records their debates, worries and reactions, as well as contributes details of their histories and situations and his own. August left the colony with his excommunicated parents, but then returned after his mother died, his father disappeared, and deep isolation and loneliness set in. The Mennonite community allows him to live with them, but he remains shunned. The women need him as scribe because they are illiterate.

Toews explains in a prefaced note that her story is both a reaction through fiction to the real events and an act of imagination. It’s praiseworthy and important in these #MeToo times because of Toews’s clear window into Mennonite culture: how the women think from the very core of their perception founded in that culture, how they struggle with the why of the attacks, and how they hold onto their self-worth, deeply rooted in faith and each other. 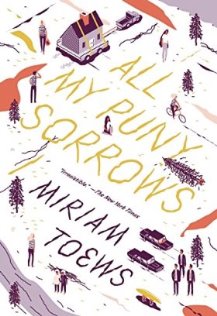 Miriam Toews is not widely known in the States, unlike her native Canada, where a New York Times profile says she’s “more famous than many hockey players”. My first reading of Toews’s fiction happened five years ago with All My Puny Sorrows, published by McSweeney’s in 2014. I tuck review notes inside the books I read, and inside these pages I found this: “Makes me want to read her other books – highest testament of praise.” I never did go on to read her other books, until Women Talking, but I’m glad I had read at least one. Even though it’s an unforgettable story, I’m not sure Women Talking is the best first book for reading Miriam Toews. There’s not much plot. It’s just women talking, as the title says. 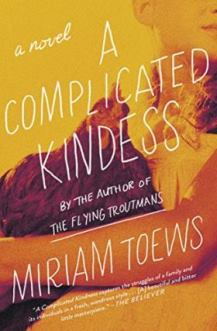 While Bloomsbury brings out Women Talking this month, Counterpoint Press is re-issuing earlier novels by Toews in a series of unique paperback designs. It’s the perfect opportunity to get to know this lauded Canadian author and to pre-pack the summer beach bag. A Complicated Kindness won the prestigious Governor General’s Literary Award for Fiction in Canada. It is considered Toews’s breakout book, becoming a bestseller and giving her name reader recognition, at least, in Canada. For me, it’s the next selection, and for those who’ve never read Toews, probably a good choice to read first. It’s the story of a sixteen-year-old girl living with her father in a Mennonite town after her mother and sister have left. 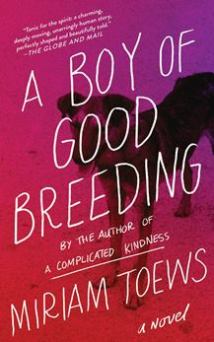 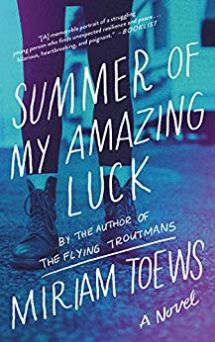 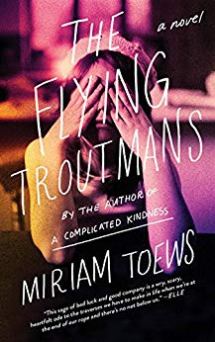 What attracts me to Toews’s literature is her style of warmth and humor, present even when she delves into difficult topics. Also, she draws us into the Mennonite life and trials with a seductive easiness. In his November 2014 review of All My Puny Sorrows, Washington Post book critic Ron Charles perfectly captures “the alchemy of Toews’s storytelling” when he writes:

In the crucible of her genius, tears and laughter are ground into some magical elixir that seems like the essence of life.

For more reading about Miriam Toews, visit the March 18, 2019 New Yorker article written by staff writer Alexandra Schwartz — “A Beloved Canadian Novelist Reckons with Her Mennonite Past: How Miriam Toews left the church and freed her voice.”