Several years ago, after Christmas Eve church services, in the car just before driving home,  I surprised each of my friends with a gift-wrapped book. These friends aren’t constant readers of literature, rather occasional readers of a variety of book types, which required careful thinking on my part, guided by gut instinct, when making the selections. The gift for me was their joy, as I saw their excitement over a new book chosen just for them.

I’ve kept the tradition since that first time, and this year the books were given at a dinner held at my house before the Christmas Eve service. Place cards indicated where each person was to sit. A gift-wrapped book, selected for that person, sat on the place mat.  The challenge this year included two guests visiting from Texas, the mother and sister of one of my friends.

So here’s how I went about my selections this year for each friend and the visitors, Christmas 2012. 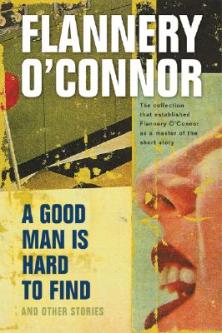 The Night Circus by Erin Morgenstern
The first year I gave this friend Water for Elephants. Last year, I gave her The Hunger Games. She’s one of those readers who reads a book obsessively, unable to put it down. Indeed, the house could be burning, and she would move her chair to the lawn and keep reading. I’ve known a few readers like this — they have to schedule when they read because once they start, they’ll ignore responsibilities, including the need to sleep, which is why I wrote on her card, “Something to keep you up all night.” Erin Morgenstern’s magical novel about Le Cirque des Rêves and the competition between magicians who fall in love seemed the perfect story for all-night reading.

A Good Man Is Hard to Find and Other Stories by Flannery O’Connor
I gave this classic collection of short stories to my friend who’s in seminary school. Several months ago, she asked me about Flannery O’Connor because she’d heard references in class to this mid-20th century southern author. O’Connor is famous for her Gothic style, Catholicism and religious themes. This collection, published in 1955, came after O’Connor’s first novel Wise Blood (1952) and confirmed her place in classic literature. Caroline Gordon wrote in her 1955 New York Times review:  “In these stories the rural South is, for the first time, viewed by a writer whose orthodoxy matches her talent. The results are revolutionary.” I thought my friend would want to be “in the know” for when O’Connor is mentioned again in her presence.

Destiny of the Republic: A Tale of Madness, Medicine and the Murder of a President by Candace Millard
The friend who received this book is typically a non-fiction reader. I recall her once telling me she enjoyed Katharine Graham’s Personal History, which won the 1998 Pulitzer Prize for biography. This friend’s interests include politics (she’s a great conversationalist on this topic) and the health industry, particularly in regard to managing one’s good health.  So this best-seller seemed like something that would captivate her and, indeed, she seemed very excited about it. The book is Candace Millard’s account of James Garfield’s rise to the American presidency, the assassination attempt he survived and the botched medical attention that followed, which he didn’t survive. Destiny of the Republic won the 2012 Edgar Award for Best Fact Crime. 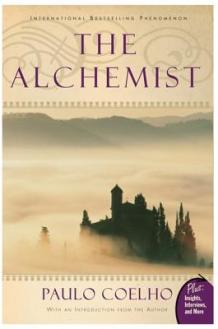 House Rules by Jodi Picoult
I gave this book to my friend’s mother visiting from Texas. Not knowing mom’s interests, let alone whether or not she read novels, I thought there’d be a good chance she’d be absorbed by Jodi Picoult’s page-turning storytelling — in particular, this story about a teenager with Asperger’s Syndrome. My friend’s mother interacts with kids, volunteering at a local school, so I thought the central character might win her interest. In this best-selling novel, that central character is Jacob Hunt, who struggles to interact socially and is suspected in the murder of his tutor.

The Alchemist by Paulo Coelho
I wrote in the card for this gift that I was giving something to remind my friend to follow her heart. She is one who does follow her heart, and in 2011 her heart was broken by an unexpected tragedy. It was gut instinct that told me to give this book to her, perhaps in hopes that she continues to follow her heart, no matter what. Coelho’s story is about a shepherd boy who, in his search for worldly treasure, along the way, finds wisdom and the most meaningful treasure found within oneself. When this gift was opened, one person at the dinner table said enthusiastically that she’d been meaning to read The Alchemist; another said she had tried it but couldn’t get into it. So, we’ll see how this turns out. I’ve bombed before with this friend, giving her Saul Bellow’s Humboldt’s Gift, which is now code for “bad choice” between us. (It’s the second time I’ve given Bellow’s Pulitzer award-winner to someone as a gift, and it wasn’t liked–  let alone finished — that time, either. And yet, Humboldt’s Gift is one of my favorite books.)

One Day by David Nicholls
This is the novel I selected for my friend’s sister, visiting from Texas. I didn’t know if she read novels but figured, even if she didn’t, this one would win her attention. It’s a great beach read or a by-the-fire read for its absorbing story about a romantic relationship that spans 20 years, which we experience in snapshots on July 15 — the one day — every year. The story about Emma and Dexter is engaging, romantic, funny, heartbreaking and heartwarming. It’s neither too light nor too complicated, hence a good choice, I thought, for someone I didn’t know.

3 thoughts on “The books I gave on Christmas Eve”