This year marks the 50th anniversary of the Kent State Vietnam War protest where four unarmed students died when the National Guard opened fire. Cleveland, Ohio resident Derf Backderf has written a terrific new book in graphic non-fiction about that fateful day, Monday, May 4, 1970, and the three days leading up to it. I was all set to review the book and sing its praises when I learned the April 7 publication date got delayed to September 8.

Many spring book-release dates have been pushed to the fall due to the shut down of author appearances, literary festivals and bookstores, i.e., the many ways to promote new books and get them in front of readers. Elena Ferrante’s highly anticipated new novel The Lying Life of Adults, originally scheduled for release in June, will now be published September 1. Graham Swift’s new novel Here We Are, highly praised by The Guardian, has been delayed until September 22. The fall time frame, however, brings its own concerns. Before the virus, publishers carefully managed their 2020 schedule to avoid competing with the election. Now, they’ll not only be competing for attention during the presidential race but also during a crowded book season. 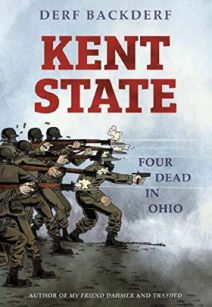 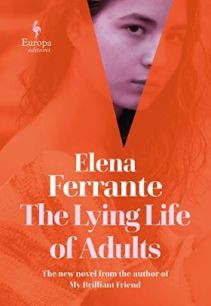 What I write here is a tiny piece of the uncertainty choking the book industry. One publisher on a podcast quipped, “this will be a lost year for books,” and The New York Times offered unsettling caution in They Were Meant to Be the Season’s Big Books, Then the Virus Hit. I feel a weight of concern for the industry. There’s an echo in my inbox that used to receive emails from book publicists. And, where there would normally be much online noise over summer’s upcoming beach reads, it’s crickets. Books always will exist and be loved, as they have through centuries of strife and change. Nevertheless, we likely have some tough literary roads ahead. I’ll still be writing about books to get them in front of readers, and I hope to soon be back on air with the radio station guiding listeners to best new and not-to-be-forgotten old books. What I’m reading now is below. 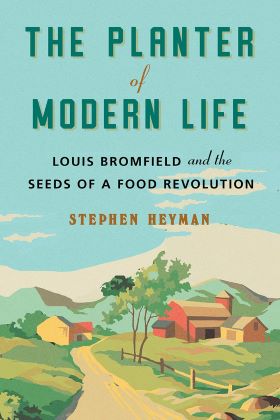 I’m very excited about The Planter of Modern Life: Louis Bromfield and the Seeds of a Food Revolution by Stephen Heyman. It received raves from Kirkus Reviews:

…this is not just a standard biography; Heyman turns the story of this novelist, screenwriter, nonfiction author, and pioneering farmer into an utterly engrossing account of both his life and his times.

Many know Ohio native Bromfield for his famous Malabar Farm in Mansfield, Ohio, where Lauren Bacall and Humphrey Bogart married in 1945. Not so many know that Bromfield was a Pulitzer Prize-winning novelist, as well known in the 1920s as his contemporaries Ernest Hemingway and F. Scott Fitzgerald. His books are now long forgotten, including Early Autumn, his third novel that won that Pulitzer. He became pals with the Hollywood crowd when his books turned into movies, such as The Rains Came and Mrs. Parkington. Bromfield was raised on an Ohio farm and despite his success as a writer, he remained a farmer at heart. 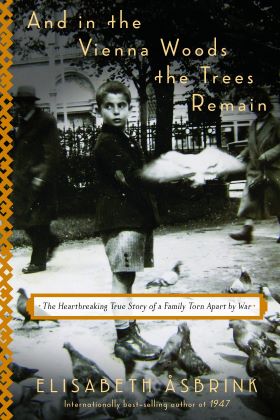 World War II stories remain popular but even more so now, allowing us to return to a difficult time of horrific loss and fear that the world survived. And In the Vienna Woods the Trees Remain: The Heartbreaking True Story of a Family Torn Apart by War by Elisabeth Asbrink is the true story of a 13-year-old Austrian Jewish boy, named Otto Ullman, whose parents sent him to Sweden in early 1939 to keep him safe from the Nazis. Each day they were apart, his parents, who intended to join him, wrote their son. Eva Ullmann, daughter of Otto, brought those letters to Swedish journalist Elisabeth Asbrink, 500 of them, with Hitler’s image on the stamps. Asbrink writes in her preface that she originally declined Eva’s request to research and write Otto’s story; however, she changed her mind when she couldn’t stop thinking about it. Also part of the story: Otto became friends with Ingvar Kamprad, who grew up be the founder of IKEA, that popular furniture and home accessory brand. Kamprad allowed interviews with Asbrink until her research uncovered his wartime membership in the Swedish Nazi Party. Kirkus Reviews describes the book in a starred review as an “engrossing tale of a young Jew in Sweden during World War II.” 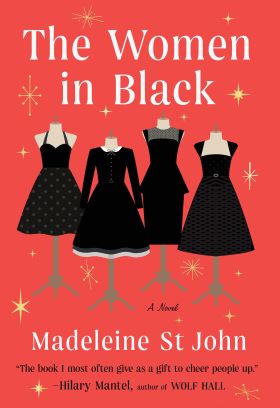 On the lighter side, I’m anticipating this to be an enjoyable read with a bag of potato chips at hand. Madeleine St. John is an Australian author who wrote four novels before her death in 2006. The Women in Black, her first, originally published in 1993, has finally made its American debut. An article in The New York Times says it’s likely because of the 1952 setting in a Sydney department store: “There seems to be nostalgia for this book and this era; it was made into a 2018 film, and it invites comparisons with the television series ‘The Marvelous Mrs. Maisel,’ episodes of which also take place in a 1950s department store.” Described as a comedy of manners, The Women in Black focuses on four women selling dresses during the Christmas season.

…though the plotlines here are somewhat reductive — marriage, dating and dresses are the characters’ central preoccupations — the book is laced with a fierce intelligence that captures the limited options for women and postwar xenophobic views. (via NYT).

Mrs. Maisel aside, I loved the Mr. Selfridge series on PBS, about the London department store in the early 20th century, another reason to gravitate toward this novel. 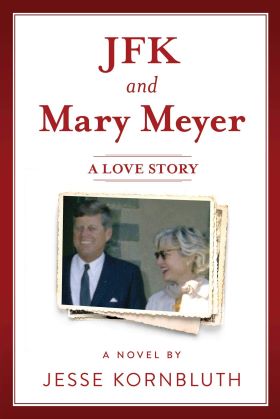 “This is a work of fiction, built on fact” author Jesse Kornbluth advises in the first line of his introduction to this riveting read. I just finished JFK and Mary Meyer: A Love Story, which imagines what Mary Meyer wrote in her diary, the one her sister and brother-in-law, Ben Bradlee of The Washington Post, burned after Mary’s murder October 12, 1964, eleven months after President Kennedy’s assassination. Meyer was a Kennedy family friend, a Washington socialite divorced from a high-ranking CIA official, an artist and – the hook for this unputdownable read – JFK’s “one constant lover” per Kornbluth, from January 1962 until his assassination. Meyer didn’t just attend JFK’s bed; she was a frequent guest at White House dinner parties and visitor in the Oval Office as a fellow thinker concerning poverty, peace and civil rights. Footnotes provide factual information of people, events and places during the JFK presidency to bolster the story about Mary. I breezed through the book. The love story isn’t very involving, but the book as a whole (and those footnotes!) is fascinating (I knew nothing about the Mary Meyer connection to JFK), especially as it circles the mysteries of the JFK assassination and of Meyer’s execution, Mafia style, on a daily walk. Her murder is still unsolved. 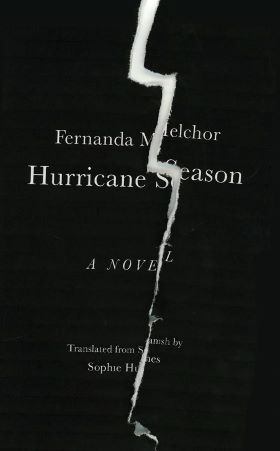 The International Booker Prize is awarded annually to a book of fiction translated into English and published in the UK and Ireland. The winner this year is to be announced May 19 and among the six finalists is Hurricane Season by Fernanda Melchor, translated from Spanish by Sophie Hughes. It’s a story about the murder of a powerful witch in a fictional Mexican village. According to The Guardian, “Eight chapters of the villagers’ testimony, each written out of a different subjectivity, become short stories in themselves.” There are no paragraphs, and yet, from The Guardian:

The genius of Hurricane Season lies in the way its author encourages the reader to work with this babble to build not just the narrative of the murder, but also a picture of a poverty-stricken community further devastated by the coming of oil capital and the drugs industry.

From all I’ve read about Hurricane Season, I know I’ll be entering into a dark world of violence, femicide, homophobia and misogyny. I went back and forth over whether or not to read this but eventually settled on the ‘yes’ because of its many praises but also because of a reality that should be seen, in this case, Mexico’s present-day horrors. Gabino Iglesias says this in an NPR review:

I don’t believe in censorship, but I do believe in warnings, and readers who have a problem digesting rough language and extreme violence should know that there is plenty of both here. However, they should read it anyway — because the vocabulary Melchor uses perfectly mirrors the language used in places like the one she’s writing about.