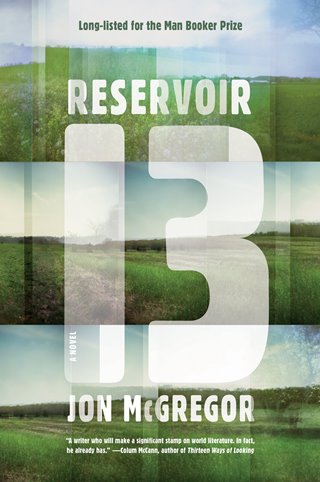 In an English village north of London, on New Year’s Eve, a teen-aged girl on holiday with her parents has gone missing. The first page of this beguiling novel tells us her name is Rebecca Shaw, and that a fine mist hangs low across the moor, and the ground is frozen hard. Mountain, cave and police rescue teams have searched without result. Village volunteers now fan out across the terrain to help. A news helicopter flies overhead.

This is not another “girl” suspense novel that’s been trending since Gillian Flynn’s Gone Girl, rather a far-flung opposite. Instead of pursuing the crime, author Jon McGregor explores its effect on the people of the English village, drawing us into the intertwined daily lives of the residents. There’s Martin who loses his butcher shop to foreclosure. The Jackson boys who work on the family sheep farm. Irene who cleans the holiday cabins and the local pub. Kathy who walks Mr. Nelson’s dog. Richard who travels for business and visits his mother once a year. The teenagers Liam, Sophie, James and Lindsey who stick together and then leave for university. There are droughts and floods; divorces, marriages and births. Meanwhile, Becky Shaw’s father is seen walking the hills, and the mother stays in the area, until she leaves.

This immensely seductive story is written with unadorned statements that read with lyric rhythm. There are no paragraphs, which creates a rush of prose that pulls us forward with cumulative power. Breaks come with chapters, each beginning on New Year’s Eve. There are 13 of them — and 13 years. There are 13 reservoirs near the village. Becky was 13 years old. Precise, repeated narrative techniques, such as these, keep alive the fact that nobody knows what happened to Becky. The question of her fate hangs over village life – and also over us – while together we are captured by the harsh truth of time’s unstoppable march forward.

Close to the end of the book, on the 10th anniversary of the disappearance, a London reporter shows up to write about the impact on the village. The occurrence is mentioned without much elaboration. But then, we don’t need it. The information the reporter is looking for is what we’ve been reading. Its subtle, faded presence is tucked into daily moments, such as when Mr. Jackson notices the flag on the church tower blowing in the wind and then he thinks of the flags on the moor when they were looking for “that girl”.

You might think without the ‘whodunit’ focus that Reservoir 13 won’t propel you forward, page-turning into the night, but Jon McGregor’s narrative skill infuses this story with such powerful psychology it’s hard to put aside. Indeed, this novel ranks among the best of the best.

A version of this review was broadcast on central Ohio’s NPR member station WOSU 89.7.