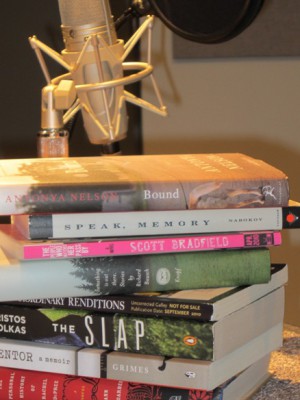 Another end-of-year best books list or, I prefer, favorite not-to-be-missed books. I haven’t read all the books published in 2010, so how can I claim to know the best?

WOSU’s Allsides Books host, reader extraordinaire and classical music expert Christopher Purdy and I bantered about our 10 unforgettables in 2010, and you can listen to that conversation on the WOSU Arts Blog. Of course, the full 15 minutes is delightful, but if pressed for time, you can scoot to the end, when we both recite our lists. The Slap by Christos Tsiolkas and Matterhorn by Karl Marlantes are common to both.

From there we diverge in our selections of mostly fiction and memoirs. My list is below, but this print version doesn’t include my graceful mangling of Christos Tsiolkas’ last name or the explanation of why I’d take Andrew Ervin’s Extraordinary Renditions to a desert island but not Matterhorn. Also in the recording, you’ll hear me mention Alan Furst’s Spies of the Balkans, which entered the discussion about authors one can count on for a new book every two years (along with Philip Roth). It’s good at #12, as I said in chatting with CP, but it didn’t rank among my top 10. Speak, Memory, which you see in the photo, was the book I discussed with a book club in 2010. Nabokov’s one-of-kind memoir became part of a stack I carried to the studio for visual keys of what I could talk about.

All below except Trespass, a novel not mentioned this year on TLC, are linked to previous blog posts. Trespass was a Man Booker 2010 long-list candidate but didn’t make the final short-list, as did Emma Donoghue’s best-selling Room. Having read both, Trespass is superior.

So here you have it, in no particular order. 2010 was certainly a good year in books.

One thought on “Jumping on the best books bandwagon”